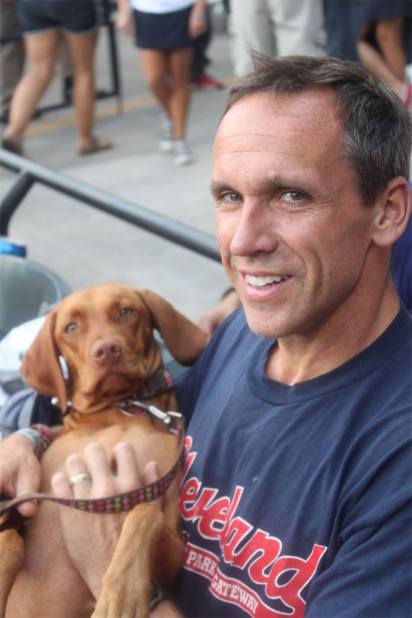 Education: BS in Exercise Science from Miami University of Ohio(1993)

MS in Exercise Science from Miami University of Ohio (1994)

As a post-collegiate athlete, qualified for the 2000 and 2004 Olympic Trails Marathon, where he finished 13th both times. Winner of the Cleveland, Detroit, and Blackpool England marathons with a PR of 2:17:20.

1. How did you know you wanted to get into coaching?

In high school I was not a cooperative athlete to begin with but by senior year, I appreciated what my coach, and other coaches, did for me. That sentiment grew more in college when I viewed the “next level” and saw so many different philosophies. I also majored in exercise science with a minor in coaching, so I started to become more intellectual with training and thought “maybe I could do a good job.”

2. How did you get connected with your first coaching gig, and where did it take you after that?

My first coaching gig was for Talawanda HS in Oxford, Oh — the same town as Miami U. They were desperate for a coach, so I easily qualified for the job. I was 23 and had just finished grad school. We had 6 boys and 3 girls. We were very unpolished, but we had a blast! That was just for the fall.

I took the next spring off and was booked to be a GA at Ohio University (more grad school!) but at the last minute, I was hired to be the distance coach at the University of Akron. That lasted one year and left a sour taste for college coaching.

I went back to college to get a teaching certificate, and eventually landed at St. Joe’s–about 20 years ago–as a teacher and coach.

3. What is it like to be a head coach for a high school program?

Coaching HS is great! The kids are receptive and fun. There is a lot of energy and seeing familiar faces at all the meets makes it all feel like a big family.

At this level you can still teach form, strategy, and build fitness, as well as help kids mature. There is a lot of satisfaction in watching a 27 minute girl work hard to turn herself into a 23 minute runner!

High school sports in general, however, is becoming a bummer. We are losing cc kids to “fall lacrosse”, and we lose track kids to spring Volleyball and Baseball. It’s all so specialized, and in my opinion so wrong. Every bit of information out there says don’t do it, but parents, coaches, and athletes buy into – probably out of fear because the next guy/gal is doing it.

4. What is one piece of advice you’d give to aspiring coaches?

Easy. Don’t do it if you’re not having fun.

Coaching at the High School level is paid like a part-time job, but it requires full-time energy to be done correctly.

I’d also add that you have to be fluid in your training. Things are much different (and sooo much faster) now. The training has changed so much. You can’t be one of those “old school” coaches – that model doesn’t survive in today’s world on many levels.